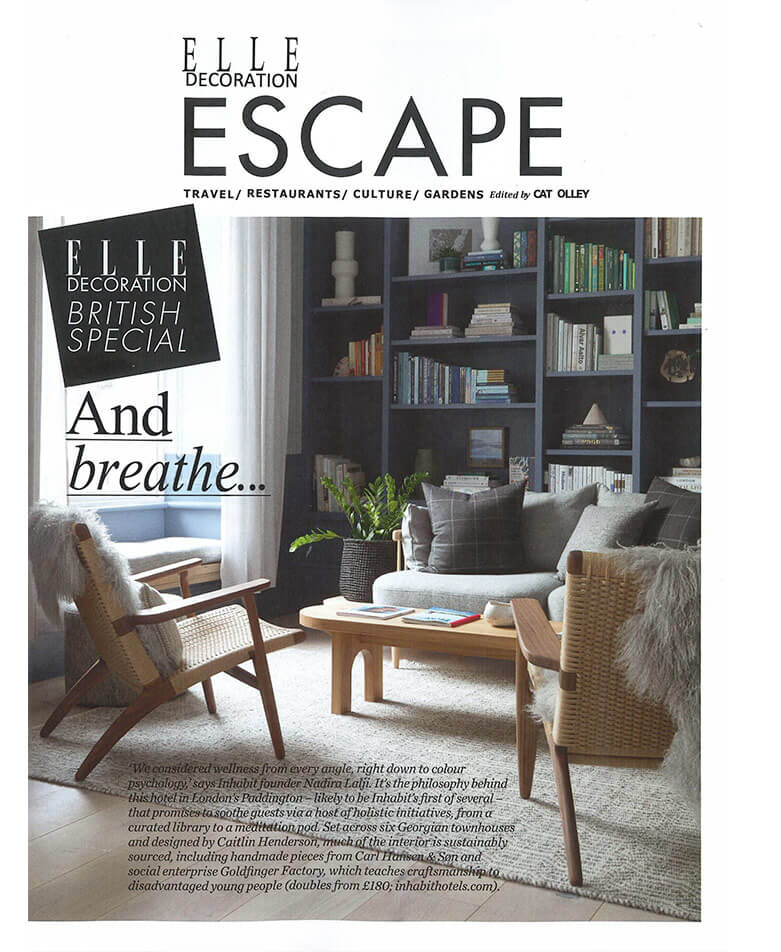 Posted at 12:00h in Press by Richard Holland
Share

Inhabit hotel has been featured in Elle Decoration Magazine.

‘We considered wellness from every angle, right down to colour psychology’, says Inhabit founder Nadira Lalji. It’s the philosophy behind this hotel in London’s Paddington – likely to be Inhabit’s first of several – that promises to soothe guests via a host of holistic initiatives, from a curated library to a meditation pod. Set across six Georgian townhouses, much of the interior is sustainably sourced, including homemade pieces from Carl Hansen & Son and social enterprise Goldfinger Factory, which teaches craftmenship to disadvantaged young people.